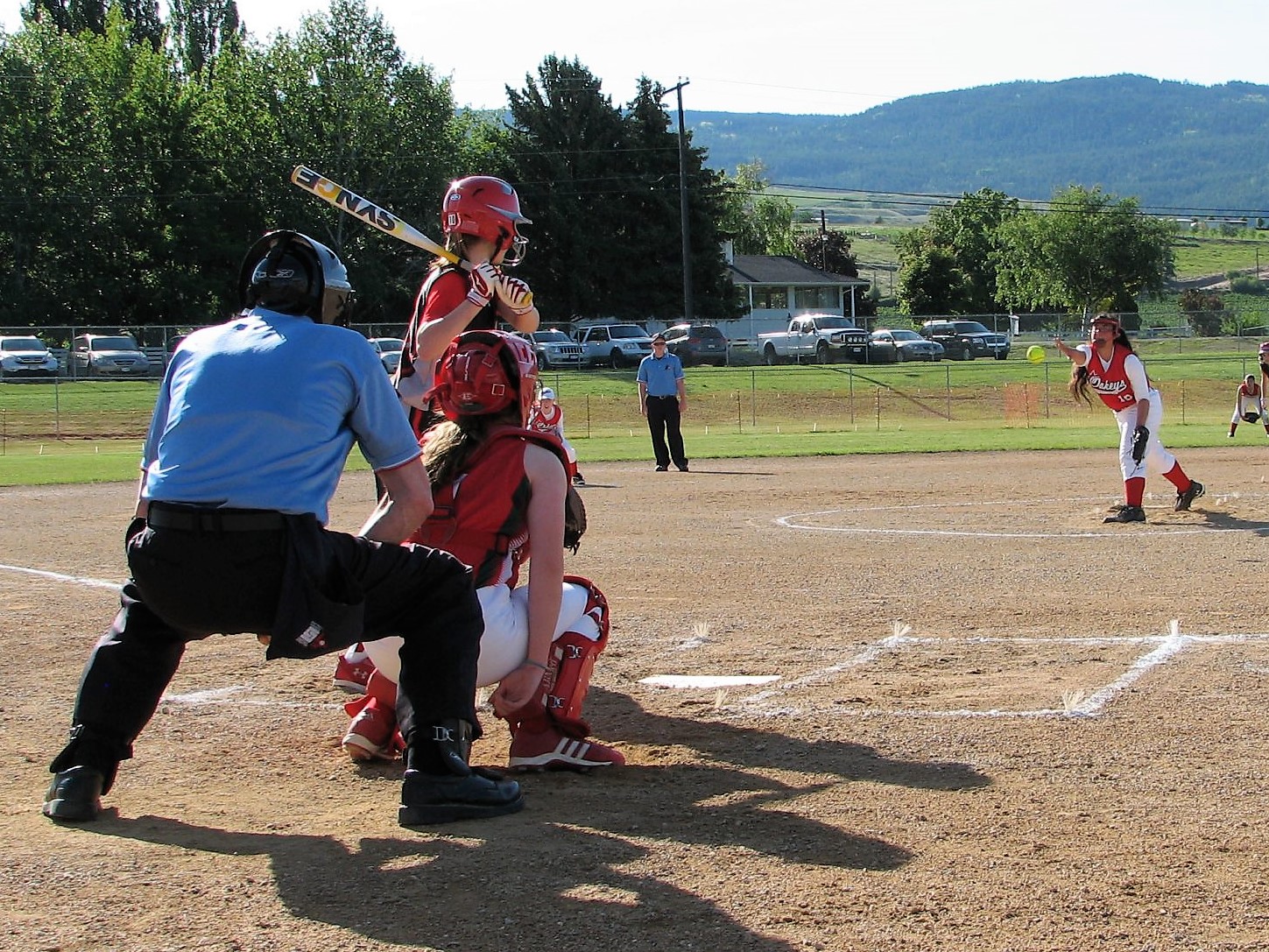 These Pee Wees are aged 13 to 14.  The kids play twice per week against teams up and down the valley.  Game travel is limited to going as far as the Kelowna Airport as their main fields are located right behind the Airport.  Majority of our games will be played either at Grahame Park or Alexis Park.  U14 Teams will participate in Kelowna's 4 game Ice Breaker at the beginning of the year, in Vernon's 32 team Softball Tournament, in a second tournament either in Kelowna, Summerland, or Kamloops and finish the year off at the District Tournament with an opportunity to play in Provincials.  All tournaments are paid for through the player's registration fee.  In total, teams will play between 30 and 35 games during the season.  Season starts the week of April 15th.